Publications can be purchased by either calling the STS Office or e-mailing secretary@jerusalem.unisal.it

By Biju Michael SDB Success is defined by Webster's Dictionary as "the achievement of something designed, planned or attempted; the gaining of fame and prosperity."  The Catechism tells us that Jesus, the Master, defines success as "fulfillin [...]

Editors David Neuhaus & Romero D'Souza Mercy: A Christian Way of Life grew out of dialogue and love and with deep interest, both intellectual and personal in the virtue of mercy.  This book reflects on varied topics which flow from the ex [...] 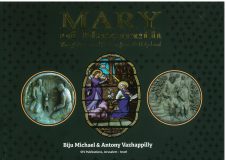 Mary of Nazareth: Through Poems and Pictures from the Holy Land

By Biju Michael & Antony Vazhappilly Quote from Very Rev. Pierbattista Pizzaballa, OFM from Foreward: Mary of Nazareth: Through Poems and Pictures from the Holy Land is a book that draws our attention to the "geography of salvation" seen [...]

A study tool for students and scholars to allow immediate comparison between the Gospel texts in Greek, Latin, English and Chinese. © 2016 STS Publications

Edited by Michele Ferrero and Roberto Spataro Among the many publications produced for the Year of Saint Paul, this volume has three characteristics that make it different from others and worthy of closer study.  First, this collection of ess [...]