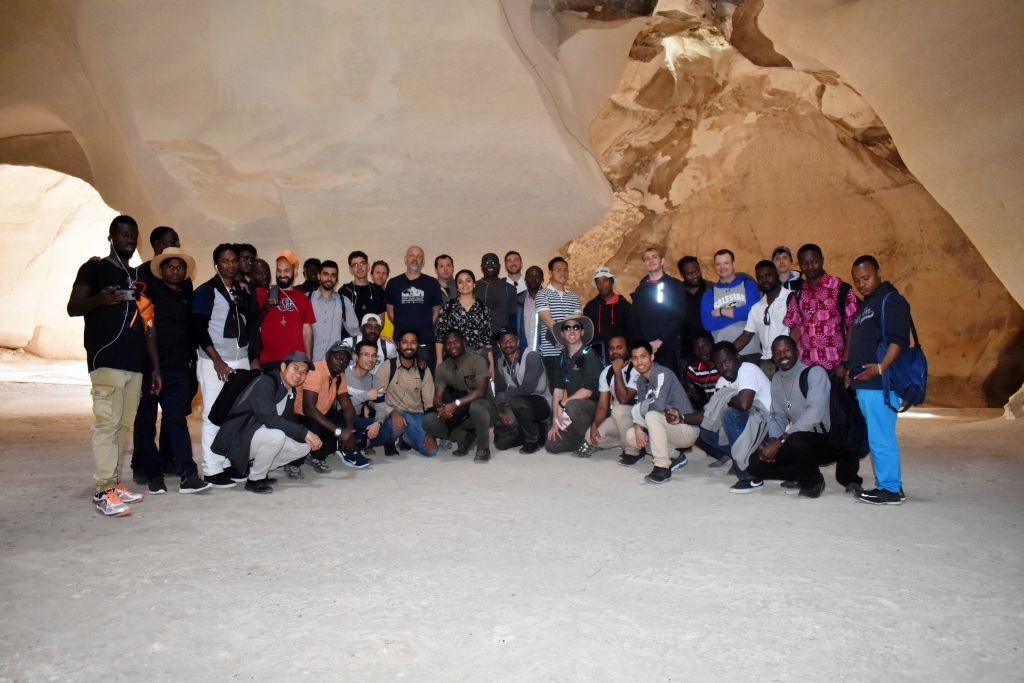 April 05 2019 - STS - Jerusalem Our last archaeological excursion as students of theology at the Salesian Pontifical University, here in Jerusalem, took place on 5th April 2019. Just as it was scheduled, we journeyed first towards Bet Guvrin-Maresha National Park.

The site, located in the Israel’s Shephela region, in the foothills of the Judean Mountains, has a tumultuous history from the Idumean Period through to modern times. After the explanations at the spot of the city remains, we moved further to the so-called ‘Polish Cave’, a deep and beautiful artificial cavern. According to the accounts, the cave was one of the preferred places for the Sidonians, the people that arrived to this place from the ancient Phoenicia. However, its present name refers to the fact that after the 1st World War, some Polishes used the cave as a place of refuge and planification for the fight against Germans and left some inscriptions on the rocks.

After this, we moved to the ‘Columbarium Cave,’ just a few meters from the previous one. This cave was planned and hewn as a dovecote for raising pigeons for food, for cult purposes, and for their manure which was used as fertiliser in the field of agriculture. Accordingly, we also entered inside the ‘Maize Cave,’ a beautiful place with its incredible as well as complicated irregular network of passages or paths. After that, we visited the Sidonian burial caves, one of which served as a resting place for the family of Apollophanes, and shortly afterwards, we went to see the famous church of Saint Anne, considered to be the first building used for public Christian worship in the region. The temple was first built by the Byzantines and later on rebuilt by the Crusaders, somewhere around 12th century BC. To finish, we moved to ‘Bell Cave.’

In all, these archaeological sites were first excavated in 1898-1900 by the British archaeologists Bliss and Macalister. However, for the sake of updating and enriching the information about the site, in 1989 new excavations were held by an Israeli archaeologist Amos Kloner on behalf of the Israel Antiquity Authority. Today, this place is listed among the UNESCO World Heritage Site.

After a rustic lunch, the last place visited in our archaeological excursion was Tel Azekah, a town in the Judean foothills guarding the upper reaches of the Valley of Elah, about 26 km northwest of Hebron. It is believed to be the place where the Amorite kings were defeated by Joshua and, perhaps, also the site where David defeated Goliath, the then strongest man in the Philistine army. With this, we completed our exhausting but enriching journey.