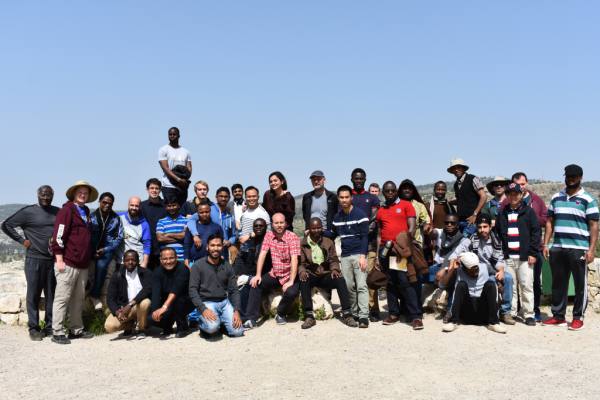 March 14 2019 - STS - Jerusalem To walk the steps of the great characters of the Bible, to visit the actual places, to get a sense of reality and account for is one of the best experiences as a student of STS.

Our first archaeological excursion of the year was not short from this. Guided by the always-charismatic Fr. Piotr Zelazko, we felt like those disciples on the road to Emmaus saying, “Stay with us, for it is nearly evening; the day is almost over” (Lk 24:29).

Our excursion began in a very special place, Emmaus Nicopolis. After a short bus drive, just 30 km west of Jerusalem on the road to the Mediterranean, we arrived at the place where, according to one tradition, was the place where Jesus appeared to his disciples after His Resurrection. After the revelations received by Saint Miriam of Jesus Crucified, agreed with Edward Robinson’s identification of this place as the Biblical Emmaus and the Roman-Byzantine Nicopolis, the Carmelites bought this place and the archaeological excavations began. One brother of the Beatitudes community, who now take care of the place, received and guided us.

We continued our excursion by walking up a small mountain to the remains of a crusader castle in Latrun, a mystic and peaceful place. Its name derives from La tour des chevaliers (The tower of the knights) given by the crusaders. Located in a strategic hilltop in the Valley of Ayalon and overlooking the road between Jerusalem and Tel Aviv, this place has been a witness to many events in history, and has served as a crucial point for many periods, and now the place is the home of French Trappist monks who cultivate many vineyards.

We then reached a truly unique place in Israel, the Soreq cave, also known as Avshalom´s cave. Located in the Judean hills near the city of Bet Shemesh, this 5,000 mt cave holds a dense concentration of stalagmite and stalactite created over millions of years of water dripping through the ground, dissolving limestone and slowly creating this natural wonder. It was discovered accidentally while quarrying with explosives and opened to the public once it was properly preserved.

Our final destination was very different from the previous places we had visited. With no actual archaeology but a comprehensive multimedia center to help enrich every visitor´s understanding and knowledge of the Holy Land. A lovely volunteer from England guided us in and out the Saxum Visitor Center, who thoroughly took us on a journey through time.

It was a real treat to visit so many different and enriching places in one day, an experience one can have in very few places, as one does in this beautiful land of Israel. 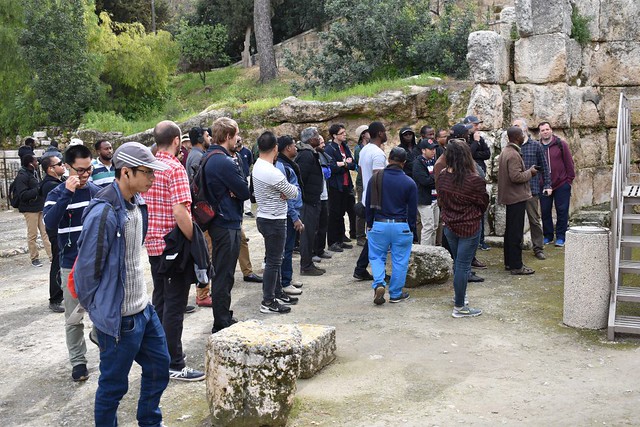 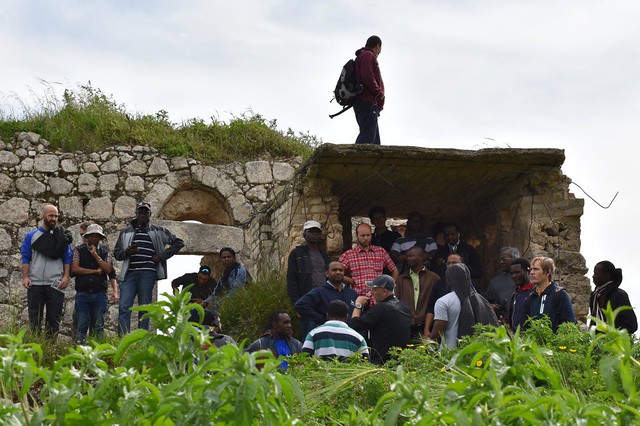 Remains of Crusader Castle in Latrun 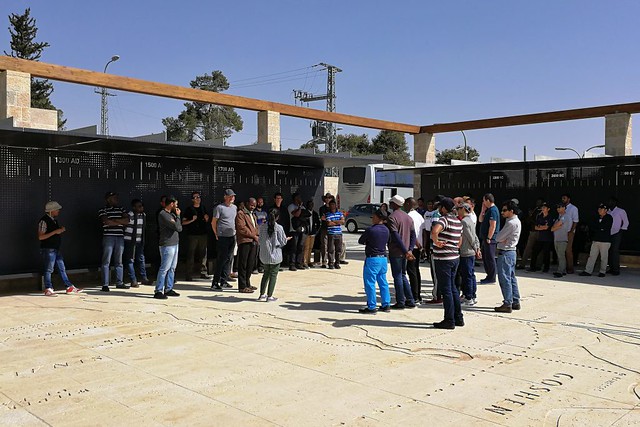 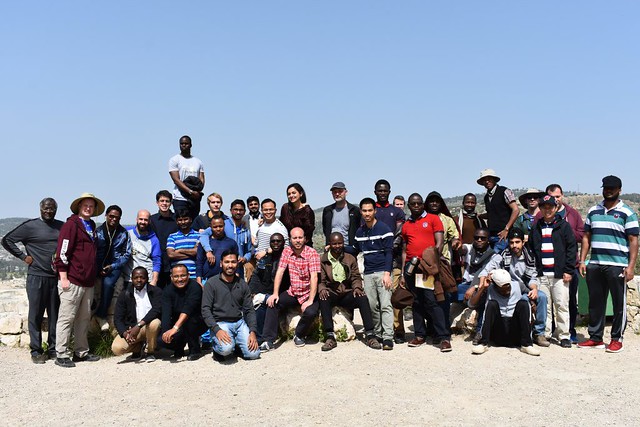