Intending to understand the Scriptures in depth by exploring the land where much of it took place, our third Archeological Excursion brought us to the northern part of Israel, where we had a chance to visit two aesthetical historical sites namely Acre (Akko) and Rosh Hanikra respectively. With a delay of about an hour from the scheduled time of our departure, it took us approximately three hours to reach our first destination.

Acre, geographically is set in the Mediterranean bay across from the major port of Haifa city, also known by the named as Akko and found in the book of Judges. It is a tiny spectacular peninsula dated from the 18th -19th century. The city carries many periodic developments, the prominent ones being the Canaanites, Hellenistic, Roman and Modern periods. Akko is a sacred home for four religions in the Holy Land; Christianity, Judaism, Islam, and Baha’i.

However, the most fascinating and outstanding history associated with the City is its connection to the era of the Holy Crusaders. They conquered the city five years after conquering Jerusalem from the Muslims. The Crusaders fought for the place, for it was easy for them to connect with Europe and Asia through the seaport.  Several orders of knights built their headquarters in Akko, such as the Knights Templar and the Benedictine Knights Hospitaller, whose service was to care for the sick and wounded. Much of what the Crusaders built is still standing underground the modern city. The underground city is an impressive excavation with a modern restoration to display the reality of that time. It shows the marvelous story of the life, rise, and fall of the Crusaders. The Crusaders were defeated and driven out in 1291, making it the last place of their era in the Holy Land. Their fortress was left in ruins until the end of the 1700s when the Ottoman Turks took Akko and built on top of it.

Outside the Underground city, there is a beautiful modern city where we had the privilege to walk across it, allowing us to interact with the citizens at the marketplace. The majority of the population is Arabic Muslims. Walking across it, brings to mind the historical transition from the underground Christian historical city to the modern Islamic Akko. Across the city, there is a Tunisian Synagogue, that stands as a strong visiting place for the religious Jews. Next to it, is an eye-catching Museum of the ancient Turkish Bathhouse, constructed during the time of Ottoman, the ruler of Akko. The museum provides a visual excitement with the well-molded statues closely associated with the Byzantine Culture, showing how at the time bathing was by steam and not in pools or tubs.

In conclusion, Akko provides the living tradition, ideals, culture, and the art of outstanding significance of the history of the Holy Land. However, despite it being a beautiful phenomenal city, with the entire historical stories that surround it, it is a city that offered us deep insights towards our theological diploma in Holy Land Studies, particularly on the effectiveness of the historical developmental in understanding inter-religious relations. The historicity of the city provides axioms for a good understanding of the current political and religious realities in the entire Holy Land. Thus, our excursion at Akko was worth it, both aesthetically and theologically educative.

At the furthest end of northern Israel along the Mediterranean Sea, just meters from the border with Lebanon an incredible geological creation known as Rosh Hanikra is to be found. The experience with the camber car taking you down to the sea grottoes gives already a humbling exciting experience of descending to meet a fascinating reality of Mother Nature. The audiovisual display, which takes about 15-20 minutes gives an appetite of going inside the tunnels and experience the amazing screened phenomena. The video shows that Rosh Hanikra is a beautiful love story between the sea and the mountain, a love story that is a result of thousands of years of the power of the sea. A scientific Historicity shows that the grottoes are formed as a result of underground shocks that opened up the gaps within the rocks, then water penetrated these gaps forming tunnels and caves that have continued to expand due to the strong waves that continually strike the rocks. Going down the tunnels, there is an unusual noise as the sea water meets itself with the rocks forcing the waves of the sea into a different direction.

Walking through the tunnels, a question of wonder immediately strikes the mind. How on earth is this reality possible? Can the human mind grasp and explain this breathtaking reality? The site brings to mind some speculative thoughts on what nature is capable of being and again vice-a-visa the capacity and limits of human reason. Rosh Hanikra, voices out loud the Call of an inter-relationship between nature itself and with human beings. One comes to realize that Nature breathes and is capable of giving birth to another nature in a spectacular way that is known only to itself. Nature has the reasons and logic of its operation that human reason cannot fully explain and understand. No matter how much human intellect can explore and give some logical and scientific explanation to the wonders of nature, there is and will be always an element of limitedness to such a disposition. Indeed, at one point, our rationality needs to bow and embrace the vastness of nature, and at Rosh Hanikra it is one of those places that bears witness to the transcended attribute of nature.

However, despite that nature works in its natural givenness, it opens up and invites the human mind to recognize and nourish the hidden richness in it. Thus, human reason does not only bow to the wonders of nature, but the mind has a primary duty to enhance the mysteries disclosed in nature. Rosh Hanikra shows how human beings in their creative and good application of reason, have nourished and enhanced the love story of the sea and the rocks. To another level, the experience one gets from this site moves you from just the question of the possibility of being (such a reality) to thanking a Being (God) i.e. it provokes a feeling of gratitude to the giver of both Nature and Human Reason. How wonderful it is that the One (God) in His love and wisdom has shared the gift of beauty and reason to our earth. Rosh Hanikra is the place that reason tells reason that there is something more to reason.

The beauty of this place satisfied not only our eyes but even our stomachs, to the extent that we missed our usual time for meals, but yet we were still energetic enough to explore the wonders of nature, giving us a testimony as to what a beautiful love story can do. We ended the day with a beautiful meal and a birthday celebration of the Principal of our University (Fr Andrzej) and two of our brothers (Celestine & Enrico). This Archeological Excursion was the last one in this academic semester, and it was certainly a worthwhile ending to the semester. 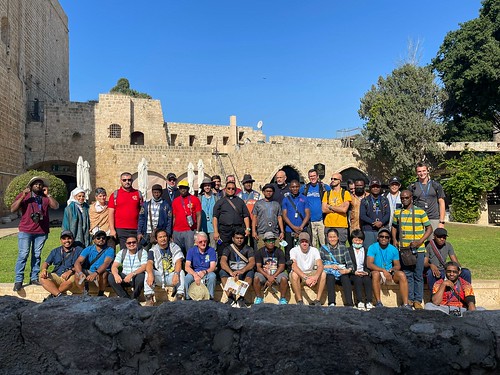 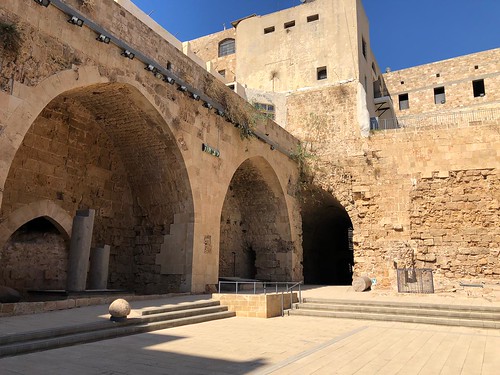 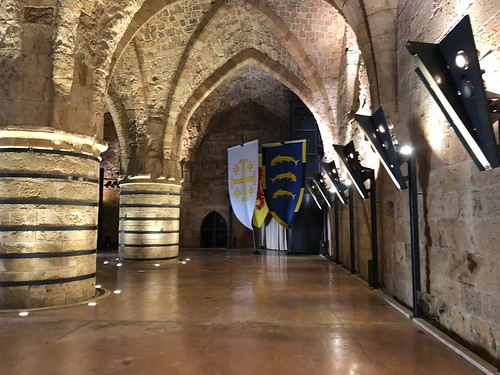 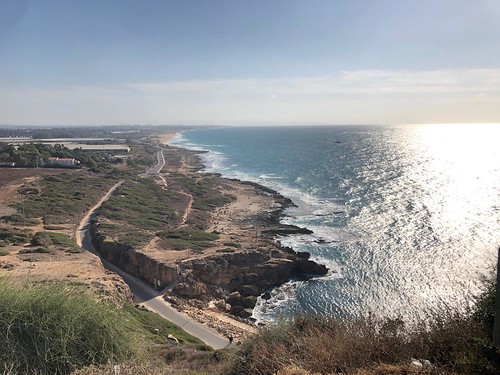 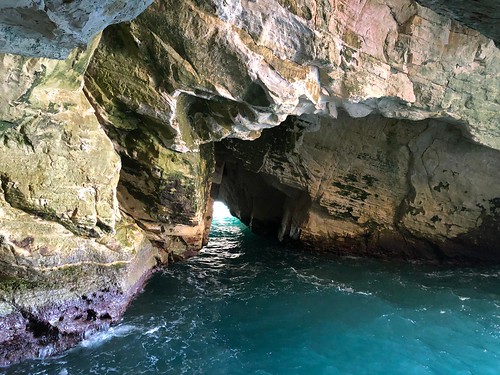