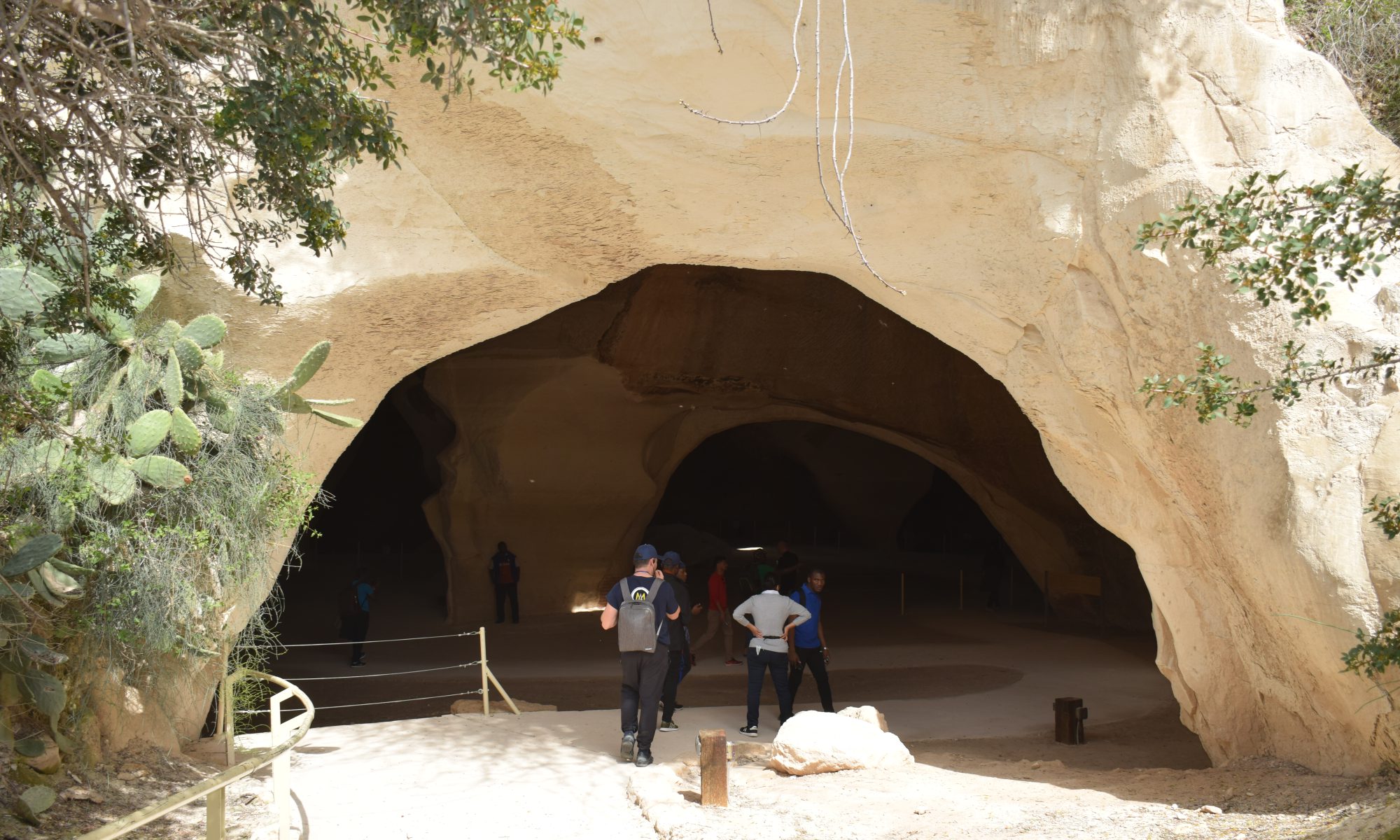 On Wednesday 9th March 2022, the students of the STS set out for an archaeological excursion to visit and learn about Bet Guvrin – the city of freedmen - and Tel Azekah.

The site is located in the Judean lowlands, approximately 275m above sea level. The Park, known famously as Maresha, the Biblical City, is large, with an approximate area of 1255 acres.

It is said that the remains of this site are from an early Israelite period that lasted till the Hellenistic period and was eventually destroyed in 40 BCE, during the combat among the Herod and Hasmoneans. Hasmoneans On the ruins of this settlement, a small-fortified metropolis was constructed throughout the Crusader duration. In the southern part of the site is Maresha, one of the towns of Judah in the first Temple era. According to (2 Chronicles 11: 8), this was the city built by Rehoboam. In 112 BCE, the Hasmonean king John Hyrcanus captured Maresha as a part of an effort to convert the Edomite populace and destroy the town, which was completely destroyed in 40 BCE.

During the excursion, the students spent around three hours learning about and seeing the agriculture insolation complex, the Columbarium cave, the Oil Press Cave, the Villa, the Polish Cave, the Sidonian Cave, the Bath House, the Roman Amphitheatre, the Crusader Fortress, St Anne’s Church, The Bell Caves, the Maize Cave and the Villa. Unfortunately, some places were prohibited due to security, safety and archaeological reasons.

TEL MARESHA, the home of some Jews and Egyptians, is highly elevated, affording an excellent view of the Judean plains. The homes were constructed across the Acropolis, and underneath them, great areas have been excavated and used as cisterns, olive presses, and keep rooms. The Bell Caves are massive quarries from the Byzantine and Early Arab duration. The developers dug out a narrow sphere, beginning inside the caliche deposit, after which they quarried down, widening the pit more & more, eventually growing into a bell-like shape. The largest of the caves reaches 25 m. The Market Cave –within the partitions of the cave over 2000 alcoves were carved.

The Polish Cave – this cave firstly served as a cistern, but later became a columbarium. During World War II, the Polish squaddies from General Anders’ navy visited the area, and on a pillar nearing the ceiling, carved an inscription – “Warsaw, Poland” – and an eagle – image of the Polish navy. The Olive Press – the olive press is one of twenty-two underground olive presses from the Hellenistic period which have been located at Maresha to date. In the cave is a reconstruction of an historic set up for oil. Water cisterns have been located beneath the residences, accumulating rainwater in clay pipes and channels from the alleys, roofs and courtyards. The Bathtub Cave – contains small chambers wherein seats have been carved for using bathers. The Sidonian Burial Caves – these are simply many caves carved out by the Phoenicians residing at Maresha. One cave is referred to as the Apollophanes Cave, due to the fact a discovered inscription was located in it, commemorating Apollophanes, son of Sesmaios, chief of the Sidonian network in Maresha. St Anne’s Church – was constructed during the Byzantine duration, and became reputedly the most important church of its time in the land of Israel.

In the Roman Period, after the Bar Kochba revolt (135 – 132 BCE), Bet Guvrin became the relevant town of the district of Idumea- called Eleutheropolis (City of the Freedmen for short.) At this time, exceptional public homes were constructed, consisting of amphitheatres and bathhouses. The town flourished. Two aqueducts introduced water to the town, one sporting water from close by springs in the location of Tel Goded, and other, longer aqueduct, introduced water from the springs of Mt Hebron.

The amphitheatre – a great construction, in step with the fine Roman tradition for fights among gladiators and with wild animals. It is properly preserved, including the underground tunnels through which the competitors and the wild animals entered the arena.

Ancient Azekah, a crucial fortified town in the geographical jurisdiction of the Tribe of Judah, ruled one of the routes from the lowlands to the Judean Mountains. It is cited in the scriptures regarding Joshua's wars in opposition to the five Amorite kings and to the battle against Israel and the Philistines, whereby David slew Goliath: Azekah was the fortified town of Jeroboam, king of northern Israel.  When the Jewish community returned to Zion after the Babylonian exile, numerous households from the Tribe of Judah resettled at Azekah.