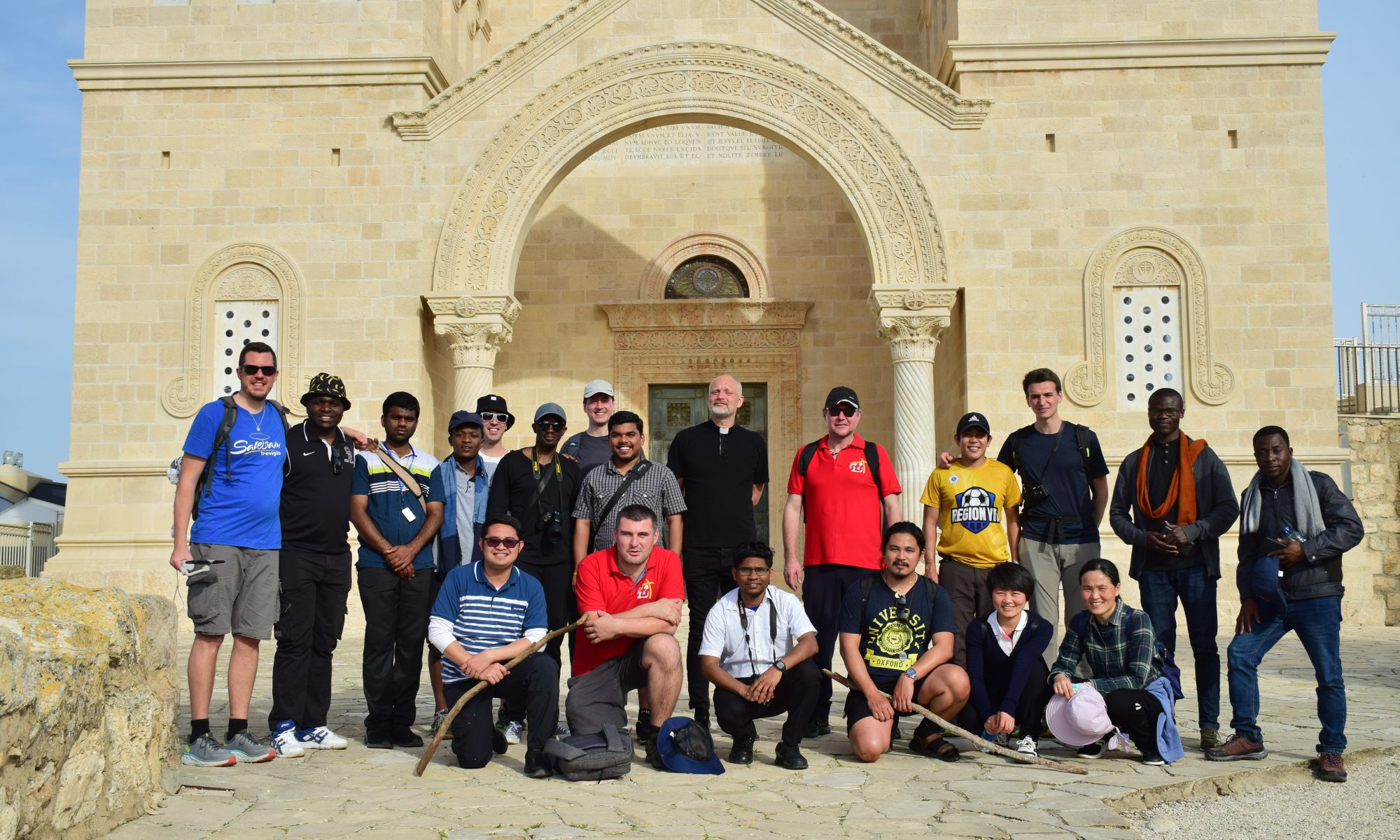 Why did the students of STS choose Galilee for a four-day trip? This article answers that question. The synoptic gospels of Matthew and Luke tell us that although he was born in Bethlehem, Jesus was a Galilean from Nazareth, a village near Sepphoris, one of the two major cities of Galilee (Tiberias was the other one). One of the advantageous reasons of studying Christian theology in the Holy Land is that it is the birthplace of Christianity. It is the place where Jesus was born, suffered, was crucified and rose again. That is why it is called the Holy Land. The Holy land connects Christian theology students with their faith. This is done by visualizing as well as re-imagining the events that they read in the Holy Bible. This was the case for us STS students.

Anyone who claims to follow Christ, must walk as Jesus walked. Walking like Jesus is a challenge for all students of theology. They were challenged physically, emotionally, and spiritually. The common testimony is that, every experience is new. No one comes back the same from the study trip.

The visit to the Baptismal Site

As students of STS, we visited the Baptismal Site especially with a view to renewing our faith. This site was chosen because it is of great sacred significance. It is the third holiest site in the Christian world (after the Church of the Nativity in Bethlehem and the Church of the Holy Sepulchre in Jerusalem). At this site, we renewed our baptismal promises. Thereafter, each student had a time of personal prayer. This was a moment to renew one’s faith in Christ, but also to purify the desires in the following of Christ.

Much of our time was spent in prayer. We stayed in a place close to Basilica of Annunciation in Nazareth, where we had Mass every day, prayed the rosary and other devotional prayers. We had also visited St. Joseph's Church ⸺ in the Old City of Nazareth, modern-day Northern Israel. It was built in 1914 over the remains of much older churches. It was built in the Romanesque Revival style. Such a visit is a point of reflection on the incarnated Christ and the foster fathership of St Joseph.

The visit to Nazareth Village

Nazareth village is an historic city in northern Israel. It is the largest Arab city of the country. The majority of the inhabitants are Muslims. The choice to visit the Nazareth village was made in order to realise the dimension of ecumenism among many Christian denominations and inter-religious dialogue with other religions. The other interesting thing for theology students is that, in the New Testament, Nazareth is associated with Jesus as his boyhood home, and in its synagogue, he preached the sermon that led to his rejection by his fellow townsmen. When we were there, we read: Lk 4:14-30 ⸺ Jesus is denied by people of his native village. Then, we reflected on such questions as: in what way do I deny Jesus? Which disposition should I take when I am denied as a carrier of the good news?

During our trip, we also hiked to the top of Mt Tabor. This is the place believed to be the mountain of the Transfiguration of Jesus Christ, where Jesus began to radiate light and conversed with Moses and Elijah. Each student had gone back to the synoptic gospels of (Mark 9:2–13; Matthew 17:1–13; as well as Luke 9:28–36); we meditated on the experience of Jesus and sought to relate it to the here and now. We could imagine walking in the place where miraculous actions happened. Indeed, we walked and lived that experience. It was wonderful. It was prayer in action as it involved a lot of energy to climb. Besides, on the mount of transfiguration, we prayed for spiritual transformation, peace in our hearts and in our families and in the whole world.

The other place which needed much energy is the mount of beatitudes. This is the place where Christ gave his moral teaching to his disciples. These morals are commonly known as the beatitudes. We also visited Tabgha (the place of Multiplication of bread). The trip ended with Mass in St Peter’s Church, Tiberias.

During this study trip, everything may be lost but at least, we were spiritually nourished. We will probably continue shining with the graces we got from all the key Biblical holy places. The Galilee attracts many Christian pilgrims, as many of the miracles of Jesus occurred, according to the New Testament, on the shores of the Sea of Galilee—including his walking on water, the calming of the storm, and feeding five thousand people.

What miracles did Jesus perform in Galilee?

The places we visited in Galilee are at the centre of the whole life of Jesus. During His ministry, Jesus performed more than 40 miracles including healing the sick, changing the natural elements of nature and even raising people from the dead. Having walked this journey of faith, all students, and everyone we prayed for, had received the grace of healing and restoration. This implies that this was not only the study trip but also a journey of faith and renewal.