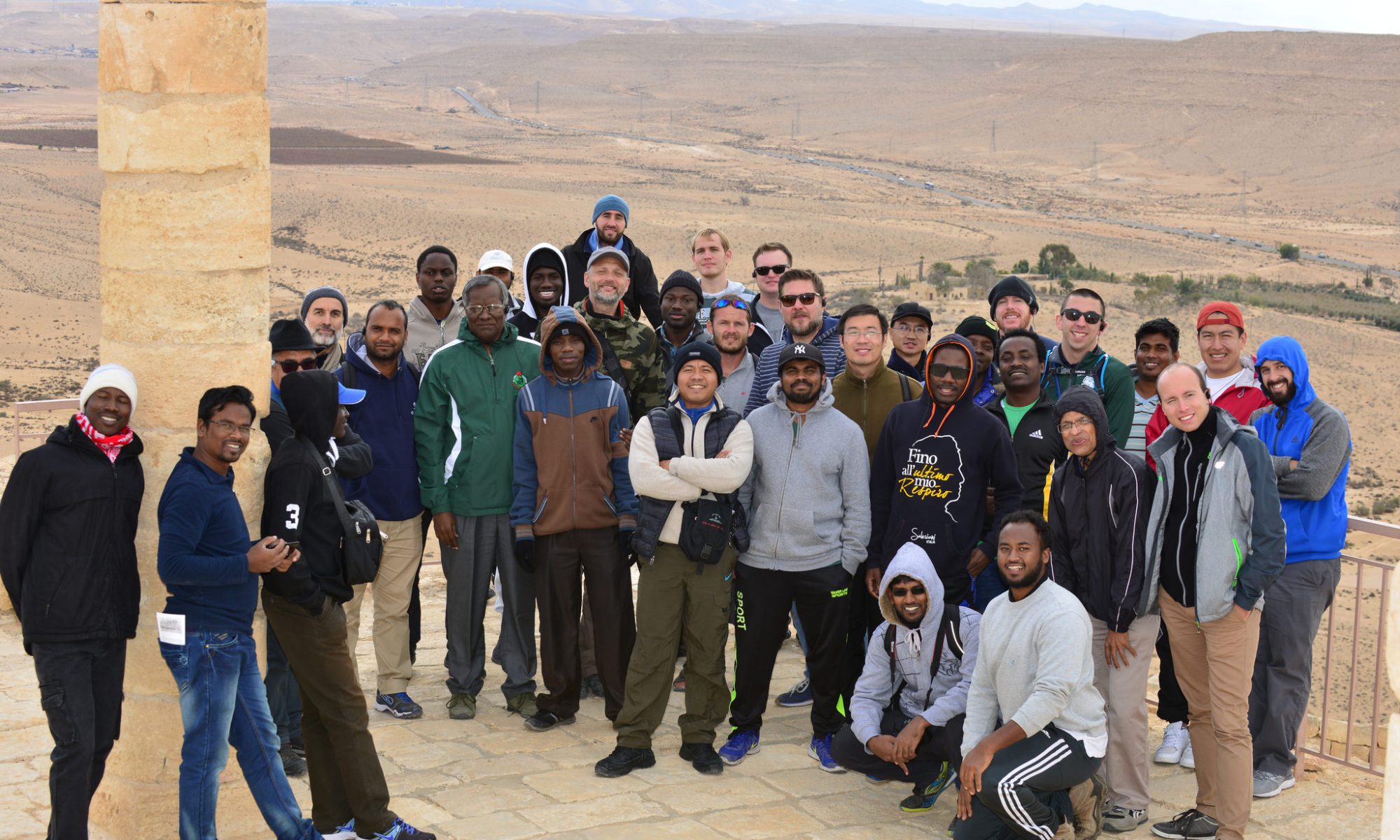 As the vegetation became progressively sporadic on our drive down, and the reflection of the light off the vast tracts of white sand made the ambience brighter than it should have actually been, it became obvious that we were in desert land. When we learned that the south received not a drop more than 39mm of rainfall last year, it did not seem an exaggeration. Nevertheless, the masterfully sculpted terrain on either side of the highway was idyllic. Here and there, a group of trees would proudly defy the laws of nature and stand tall, boasting their green bushy torsos.

Makhtesh Ramon was our starting point. This crater, whose formation began around 200 million years ago, has a length of about 40km long and a width of between 2 and 10km. This impressive feature sat in still silence, as if it knew it was the subject of our contemplation. Still waters run deep. The crater is home to five different habitats and most of the animals have an adaptation that certain students insist on trying: being nocturnal. That is why we could not see a large majority of them. Anybody willing to sponsor an STS candle-lit picnic? That aside, who among us knew that they would one day come face-to-face with a black cobra or a Palestinian viper? The day finally arrived. We stood there and stared them down unflinchingly, separated by no more than a meter. If we’re honest, it was probably the thick solid glass that encased them rather than our temerity that allowed this. On their part, they just laid there, oblivious that their species were endangered and that we were a curious lot. One of them was so unconcerned that a certain goalkeeper (probably in need of new snake-skin gloves) asked, “Are they dead?”

It would not be far from the truth to say that few things evoke a combination of national pride and sadness than the name Ilan Ramon; a man who literally put Israel “out of this world” when he became the first of its citizenry to visit the extra-terrestrial realm. The tribute in his honour had some people reflecting on certain existential matters.

In order that our second site be efficiently appreciated within the shortest time possible, the picnic mentioned at the beginning was offered as the carrot at the end of the Avdat stick. This site, the 62nd station on the “Incense Route”, is probably the sole piece of evidence of an erstwhile flourishing people. Our guest PhD student confirmed the almost mythical nature of the Nabateans before he somehow disappeared and immersed himself into his subject matter, the Byzantine ruins, especially the churches, forts, milestones and roads. The unanswered question was the value of incense, given that come hell or high water (life and tax notwithstanding!), they just had to have it. This unshakeable determination led to the mixing of people, cultures and ideas. It would be ludicrous to posit that mundane items from the local shop can lead to a revolution. The matrimony between archaeology and history begs to differ.

Makhtesh Ramon’s and Avdat’s breathtakingly beautiful sites, sights, and sounds at some point seemed to threaten Br. Hilario’s trusted camera into submission but he soon sorted the problem out and was happily clicking away in a bid to immortalise some memorable moments of the day. In a month’s time we will be back for more.