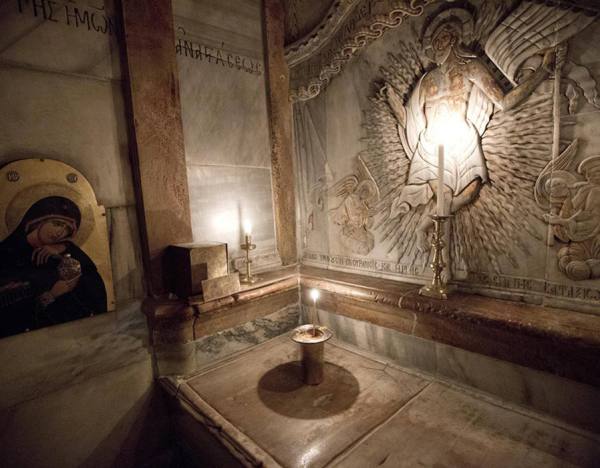 After the death of Christ on the Cross of Calvary, the disciples and followers of Christ were scattered, confused and afraid to appear in public. There was no sign whatsoever of a religious sect or institution emerging from them: at that time, they all felt that it was over! However, the experience of Mary Magdalene and Peter and John at the tomb of Christ ignited in them a sense of new life, in which hope and faith began to dawn. Their initial experience of the Resurrection of the Crucified Lord, as they gazed at that empty tomb and even entered into it, laid the fundamental foundation for the Christian faith for all future generations.

“The Word became flesh and dwell among us” (John 1:14). This came about through the trust and faithfulness of Mary, “the handmaid of the Lord” (Lk 1:38). Hence, through the incarnation of Christ, God became a human being and lived under the directives of Mary and Joseph in a typical Jewish household, in the midst of Jewish society, with the ultimate purpose of bringing about the redemption of humanity. To fulfill the mission entrusted to Him by the Father, Christ formed individuals whom he called apostles and disciples. These followers were from different walks of life. Nevertheless, they were all imbued with the teachings of Christ. Although from the beginning none of them fully understood him, they did accompany him faithfully in his ministry of preaching, teaching and healing the sick.

His ministry was a vivid manifestation of the Father and it was contrary to the status quo of his time. The Pharisees, Scribes, Zealots and Kings felt challenged by his way of life and they plotted on many occasions to kill Him. For instance, when Christ was threatened with death in the temple area in Jerusalem, his candid response was to tell them: “destroy this temple, and in three days I will raise it up” (John 2:19). It was only afterwards that his disciples realized he had been referring to the resurrection of his body. For the religious authorities at the time, killing Christ was the ultimate remedy to an imminent danger, or so they claimed. They were threatened by him, and sought to safeguard the populace from rebelling against the social and legal, political and religious structure then in place, from which they benefited. As cited in Holy Scripture, this was expressed by Caiaphas, the High Priest that year: “it is good for one man to die rather than for the whole nation to perish” (John 11:50). Eventually, they succeeded in arresting Christ in the garden of Gethsemane in the midst of his apostles. He was tortured, beaten and unjustly sentenced to death. For the religious authority at the time, their mission was thus perfectly executed, and their objective achieved: Christ could no longer surface, and his disciples would soon be scattered. They were not going to continue his mission since they were entirely earthly in their thinking and – people of little faith that they still were at that point – not fully understanding of the identity of their Master. However, death could not hold him captive after his burial. A radiance of faith and hope lit up the faces of the first disciples who visited the tomb as they gradually came to realize that their Master had indeed risen. It was the beginning of their experiences at the empty tomb on the third day after Jesus’ death, followed by his appearance among them when they were gathered in a locked room, that enkindled them with new life, filled them with hope and strengthened their faith, enabling them to proclaim the message of the Risen Christ. This is why St. Paul will say, “…and if Christ has not been raised, your faith is in vain and you are still in your sins” (1Cor. 15:17). The Resurrection of Christ is the center of the Christian faith.

Thus, historically and spiritually, the visibility and concretization of Christianity came very quickly to be identified with the “empty tomb”. It is through what happened in this now empty tomb, namely Christ’s actual rising from death and emerging from it in his new risen state, that Christians are now able to become adopted sons and daughters of the Father: reborn in Christ, they are called to live in the love of the Trinity. It is also through this empty tomb that they come to realize the forgiveness of the Father and their liberation from the slavery of sins, a forgiveness and liberation which always passes through the mediation of the Risen Christ. Now, I can boldly proclaim, and even cry from the rooftops, that Christianity in all of its ramifications, including all its past and current institutions and manifestations, was built on an empty tomb. Indeed, on an empty space for, having been unable to hold his dead body, that tomb was a tomb no more: death had been overcome. This is why, even today, the resurrection of Christ remains the central pillar of Christianity. Any attempt to undermine this reality will dim the light of Christianity, and doom it to be condemned as nonsensical. It is a reality that students of STS are in contact with almost every day in the ancient city of Jerusalem. We have seen, felt, contemplated and continue to see multitude of people from around the world venerating this “empty tomb” which is approximately 20 minutes via walking from our noble institution. What a privilege for us! 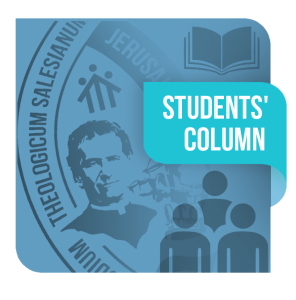 One Reply to “IS CHRISTIANITY BUILT ON AN EMPTY TOMB?”