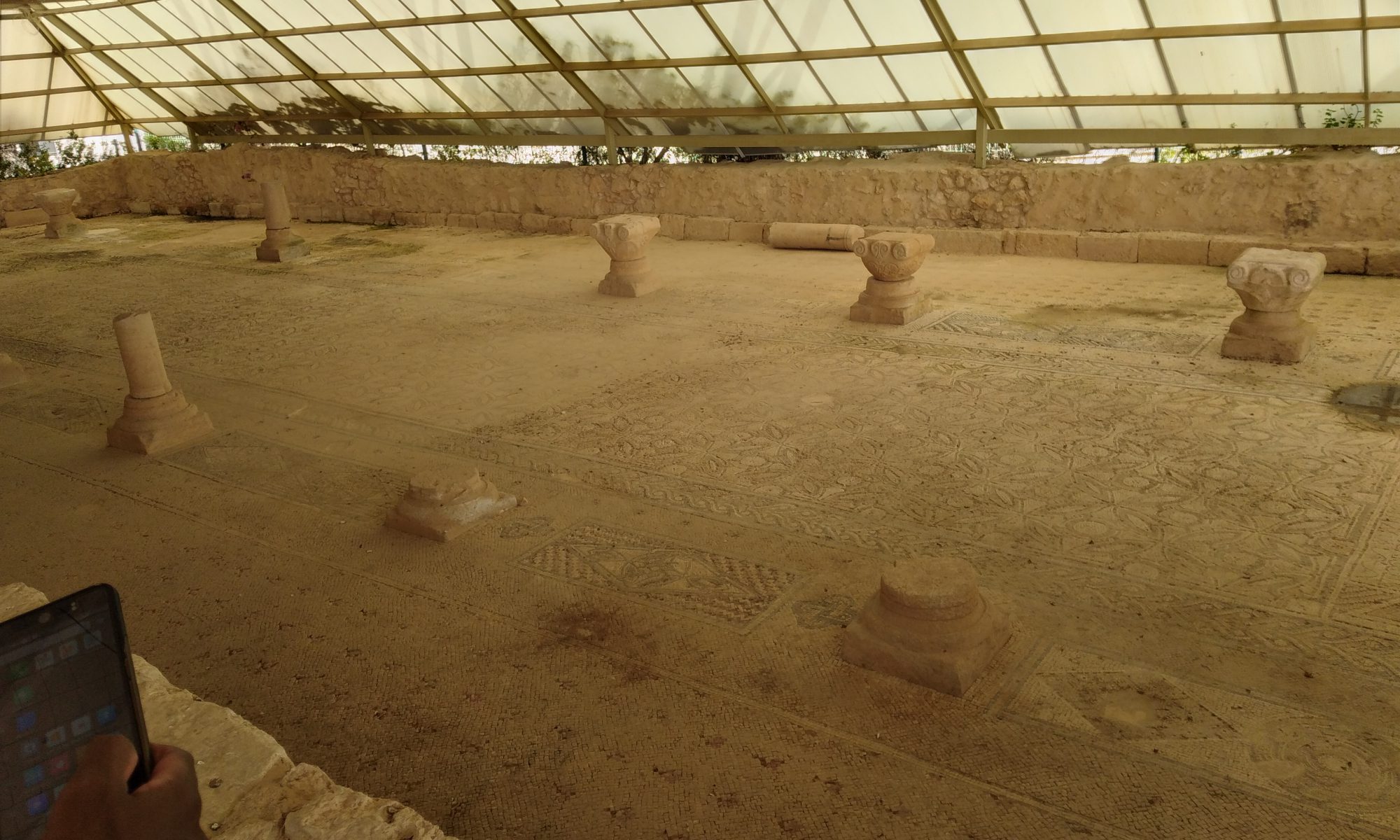 On the 16th of March, the STS students effected their third archaeological excursion of the year. This time we went to visit the remains of the monasteries of our Fathers in faith, namely the monks who lived in the Judean Desert between the 5th and 7th AD. Indeed, Monastic life is mainly about prayer. Monks isolate themselves from the world. We landed first at Male Adummin where the Monastery of Saint Martyrius is situated. He was its founder. In the 5th century, he came from Egypt and settled there as a hermit and his monastic life attracted many people. The remains show that there were quite number of monks living in the monastery. Later on, he was made Patriarch of Jerusalem. Signs show that it was probably the biggest walled monastery in the Judean desert. Its specificity is that the monks were living a common life. I could see the ruins of their chapel, refectory and small rooms. They collected water from the rain and kept it in a cistern.

Next, we visited St. Euthymius’ monastery. The saint was born in Armenia and at the age of 29, came to the Holy Land for a pilgrimage. He fell in love with the Holy Land and decided to establish a monastery here. The Monks were living separately and only came together to pray. After his death, they came together for a common life. This monastery was destroyed in the 12th century. What struck me there is the cistern built outside the monastery. It is huge.

The third place we visited was the Good Samaritan Inn. I saw beautiful mosaics from the Byzantine Period. According to tradition, it is the place where the Good Samaritan helped the injured person. Jesus would have used this road on his way to Jerusalem. St. Georges Koziba and St. Gerasimos’ monasteries belong to the Greek Orthodox Church. There are still monks living there today. It was amazing to see those isolated monasteries in the desert. Unfortunately, St. Georges’ monastery was closed and we were unable to enter. According to tradition, the Prophet Elijah lived in one of the caves there because Ahaz, the king of Israel, wanted to kill him. We also visited St. Gerasimos’ monastery and its beautiful Church decorated with icons. I also saw the remains of human bones of the monks who were massacred.

Finally, we went to the burial place of the Prophet Moses, according to Muslim tradition. I had a wonderful moment in the desert, discovering and learning a lot from the life of the monks in the Judean desert. The “heart to heart” relation with God was central in their daily life.