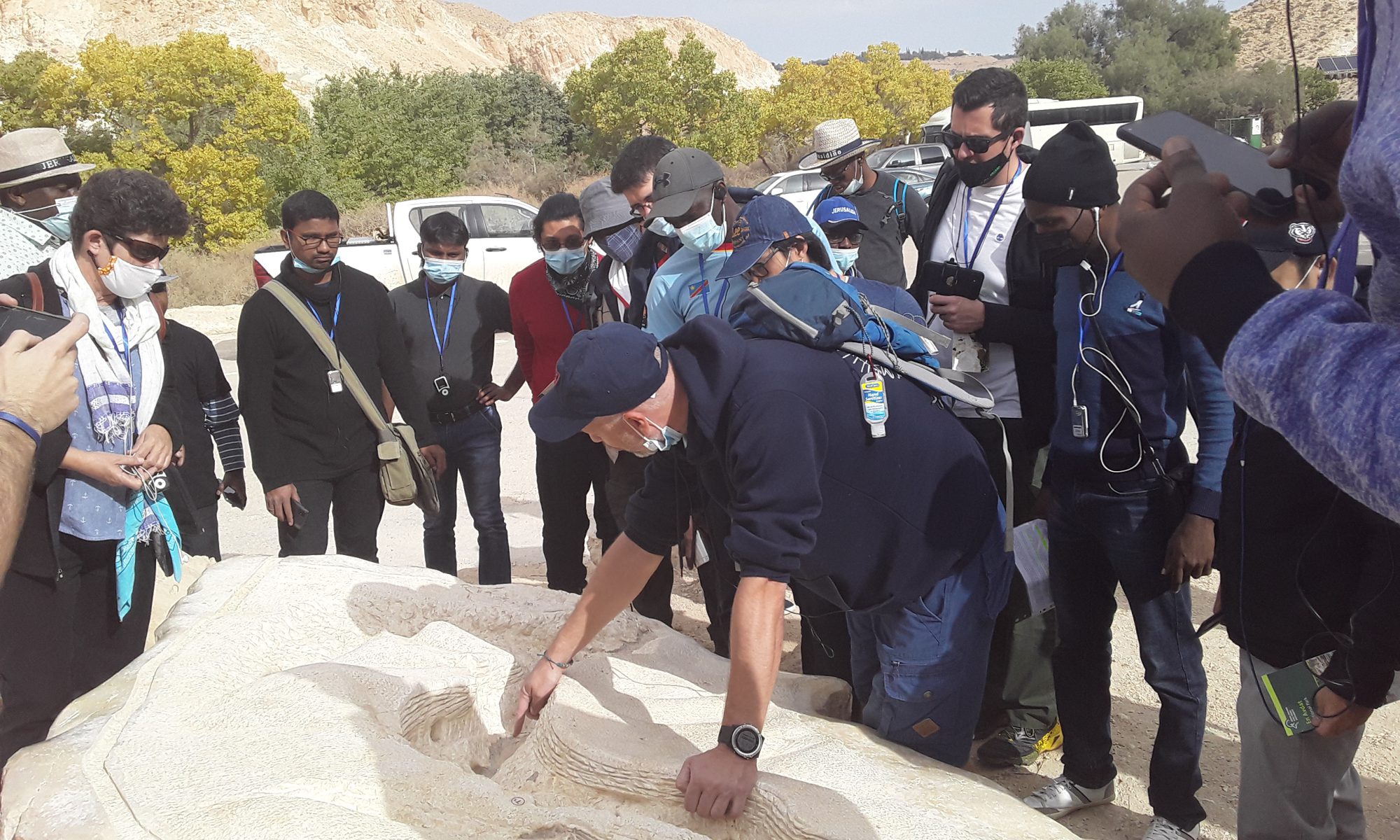 We visited three places:
First, in Ein Avdat, we visited the national reservation. In Hebrew “Ein” means spring of water. The Monks lived in these caves. It is beautiful to see the water flowing in the Wadi, giving life to the plants and animals. Even the people who were living around, especially the Monks, used this water.

The second place we visited was Tel Avdat. It is a national park. The ruins show that the Nabateans, Romans and then the Byzantine Christians inhabited the city. Who are the Nabateans? They were people living in the desert. They made money from trading. Travelling to Gaza, Avdat is the only place traders could rest with their animals (camels, donkeys...)

The third place was Tel Beer Sheba. It is said that Abraham and his descendants lived here. It is an ancient settlement in the Negev desert. I was impressed to see the ancient ruins and how people could settle houses in this desert. I saw the genius works of those people. They built cisterns to collect the rain water. They also built a strong wall to protect themselves against the groups of dangerous nomads. At the entrance of the city there a deep well. The well is a
sign of an oath (Sheba in Hebrew) between two people in order to live peacefully with one another. That is why the place is called Beer Sheba in order that the next generation should remember what happened. On one side, there is Beer Sheba’s stream and other side Hebron’s stream. There was only one entrance gate to the city. The travelers could spend some days in the fortress with their camels and donkeys. The inhabitants brought water from Hebron Street via an underground channel to the system of caves. They filled the cistern with water so the people in the city could avail of it at any time.
It is amazing to see how this cistern was constructed without modern technology and to see
the wonderful ancient ruins in the middle of a desert where people were actually living.