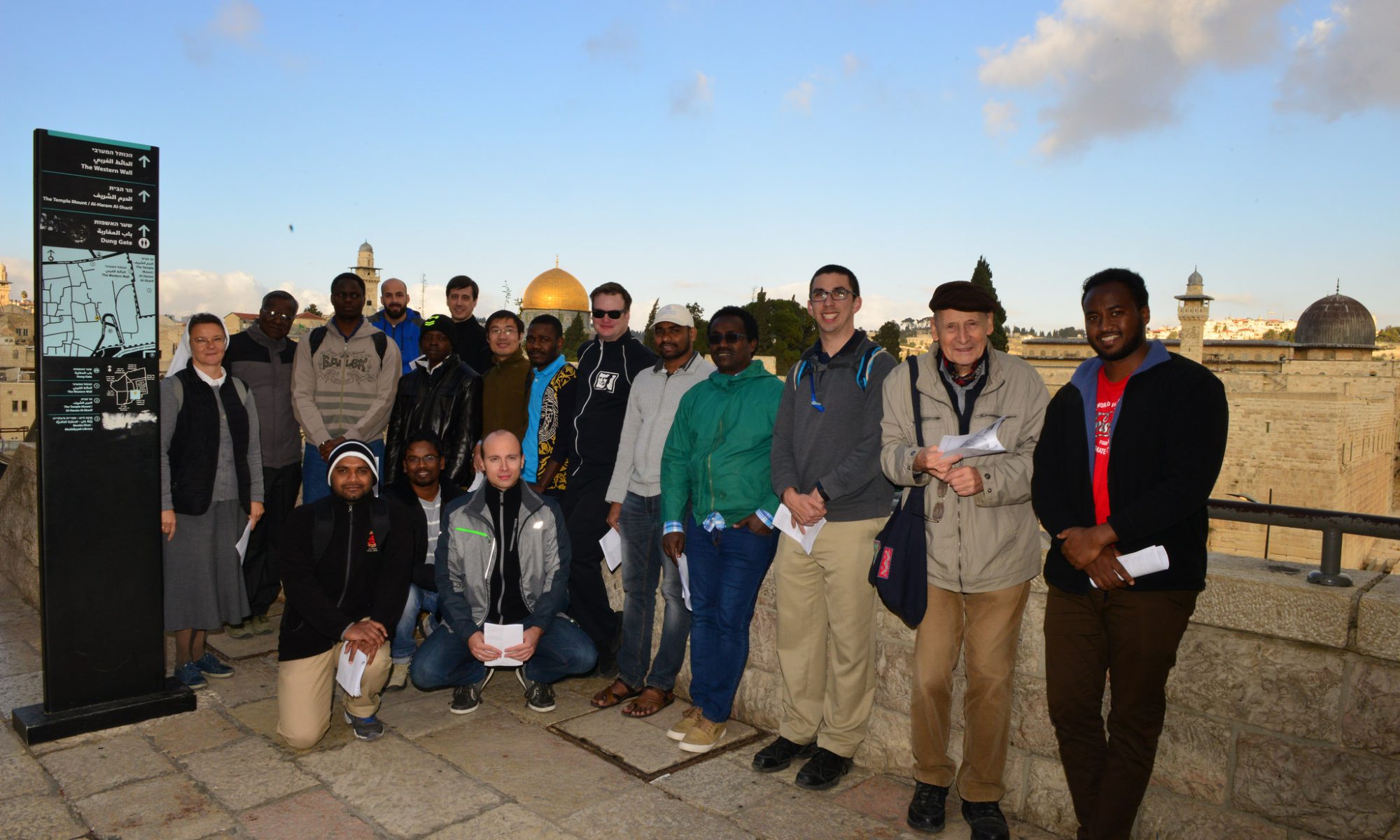 14 December 2017 - Western Wall Tunnels – Jerusalem As the class sessions of the first semester came close to their end, the First-Year students, along with Fr Gustavo Cavagnari SDB, President of STS, participated in the December Topographical Visit. This visit was centered on the history of the architectural development of the city of Jerusalem, highlighting the change of borders and city levels in relation to the Temple Mount.

The visit began at Jaffa Gate of the Old City of Jerusalem with the participation in the welcoming prior to the solemn entrance of Archbishop Leopoldo Girelli to the Holy Sepulcher. Archbishop Girelli is the new Apostolic Delegate to Jerusalem and Palestine and Apostolic Nuncio to Israel and Cyprus for the Holy See. The event was very ecumenical, with representation from the Greek Orthodox, Armenian, and Greek Catholic churches also participating.

The visit officially began once the procession departed for the Holy Sepulcher. Fr Leopold Vonck, M.Afr., Guest Professor of Topographical Visits, began with a short history of the walls of the city and reasons for their changing character. On the walk to the Western Wall, the group stopped to view some remnants from the first walls.

At the Western Wall, Fr Vonck explained the architecture of the first and second temples while pointing out the visible signs of location of Barclay’s gate and Robinson’s arch on the Southwest corner. The stones of the wall also speak of their history.

The visit reached its climax in the visit to the Western Wall Tunnels. Located along the foundations of the Western Wall, these tunnels exemplify the original artistry and masonry of the wall and the Roman impact on the Temple during and after the siege of the city in 70 AD. The tour was wonderfully guided by the guide from the Western Wall Heritage Foundation. Overall the visit was a rousing success and end-note to a positive semester at the STS.