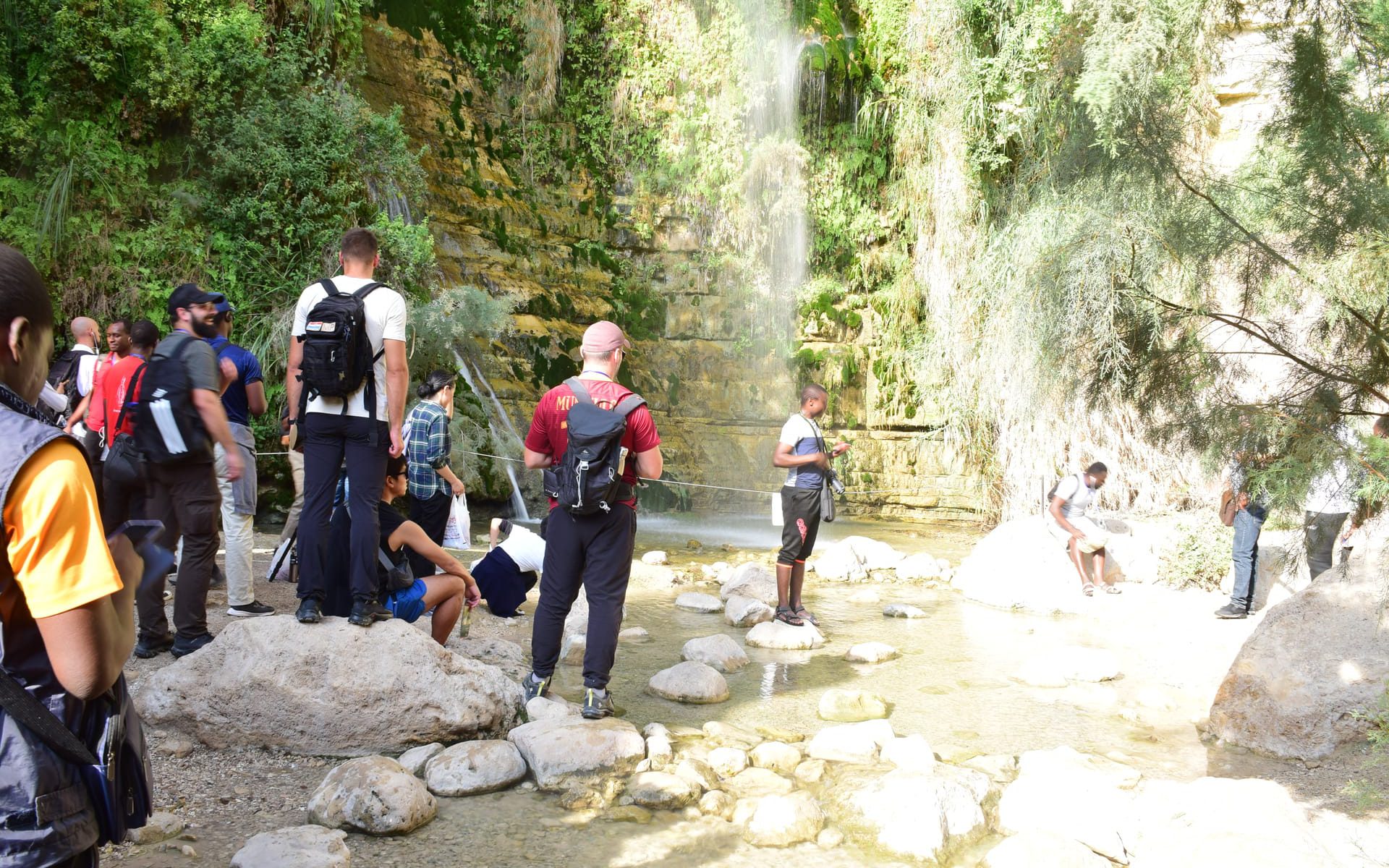 The second archaeological excursion of the academic year 22/23 included a series of visits to the Judean Desert. The group left Jerusalem for the shores of the Dead Sea where, guided by the great expertise of Fr. Yunus, professor and archaeologist at STS, they visited Ein Gedi’s nature reserve.

Whilst hiking up, along the trail in the desert, the students were surrounded by the magnificence of the oasis and with its resonant sound of water. It’s remarkable to think that this very road had been used by the Romans at the time of the Second Revolt and that centuries before the great encounter between David and Saul (cfr. 1Sam 24) took place here. Not only that, most likely this site has inspired the writing of the book of the Song of Songs. Even though at David’s time the area was not inhabited, many traces of ancient people can be found here which attest to the importance of this location. The most impressive example is the Chalcolithic temple that must have served as a central sanctuary for the region. Tribes just emerging from the Stone Age came to this plateau above the waterfall to worship. From this temple a spectacular view over the oasis and the southern part of the Dead Sea can be enjoyed and a sharp observer will easily spot, near the springs, the presence of groups of Ibexes, a type of mountain goat, from which comes the name Ein Gedi (spring of the kid) .

Finally, the visit ended at the modern tent-shaped roof that protects the synagogue ruins. Established in the 3rd century AD, the synagogue remained in use, with various alterations, until the 6th century. This corresponds to the information provided by Eusebius of Caesarea, according to whom Ein Gedi was "a large Jewish village”. The synagogue faces north, towards Jerusalem and the interior is decorated with a large mosaic, very well preserved, depicting four marsh birds in the centre and a pair of peacocks in each corner. Inscriptions list Adam's descendants, then the Patriarchs and the three companions of the prophet Daniel (Dan 3), as well as the synagogue's benefactors.

Now, after having visited Ein Gedi, the group fully understood why the author of the Song of Songs considers this place heavenly and wonderful. How couldn’t they be struck by the beauty of the date palms, the greenery of the oasis, and the gurgling of the springs that descend the valley to flow into the Dead Sea? Enjoying such beauty, the excursion ended at the Dead Sea shores where the group was able to benefit from the therapeutic effects of the water and enjoyed a couple of hours rest.