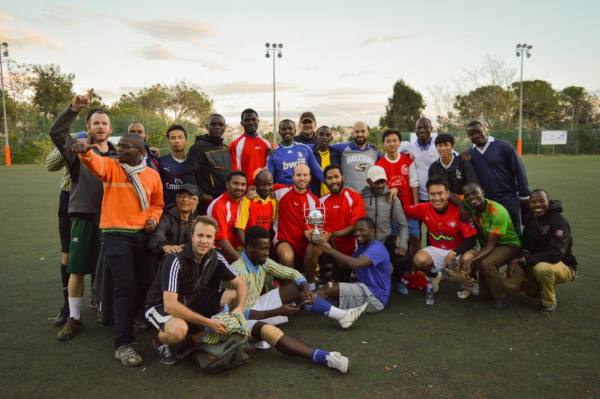 November 22 2018 - STS - Jerusalem The Salesian Pontifical University- Jerusalem Campus (STS) hosted its 1st Sports tournament for the Academic Year 2018/2019. It took place in the astonishing facilities of the Kraft Park and was an afternoon filled with fervor and excitement, experienced amidst thrills, shrills and cheers. The chief guest for the day was Rev. Fr. Ivo Coelho sdb, the Councillor for Formation. With three teams it was a great opportunity for the students to show a great level of sport skills. The afternoon started off with lovely salutations to the Lord Almighty, followed by the kicking off of the games by the chief guest. This was followed by the highly competitive event where the three teams vied for the first place.

The audience next witnessed various displays symbolizing alternative sources of energy. The games organized for the students and the teaching staff saw an impressive participation. At the end of the day, students and staff departed with a clear smile on their faces as the Oscar Romero team emerged as the winning Champions. Despite the chills and the rains, everyone had a fantastic afternoon. It was a day filled with sportsmanship, enthusiasm and memories to cherish.